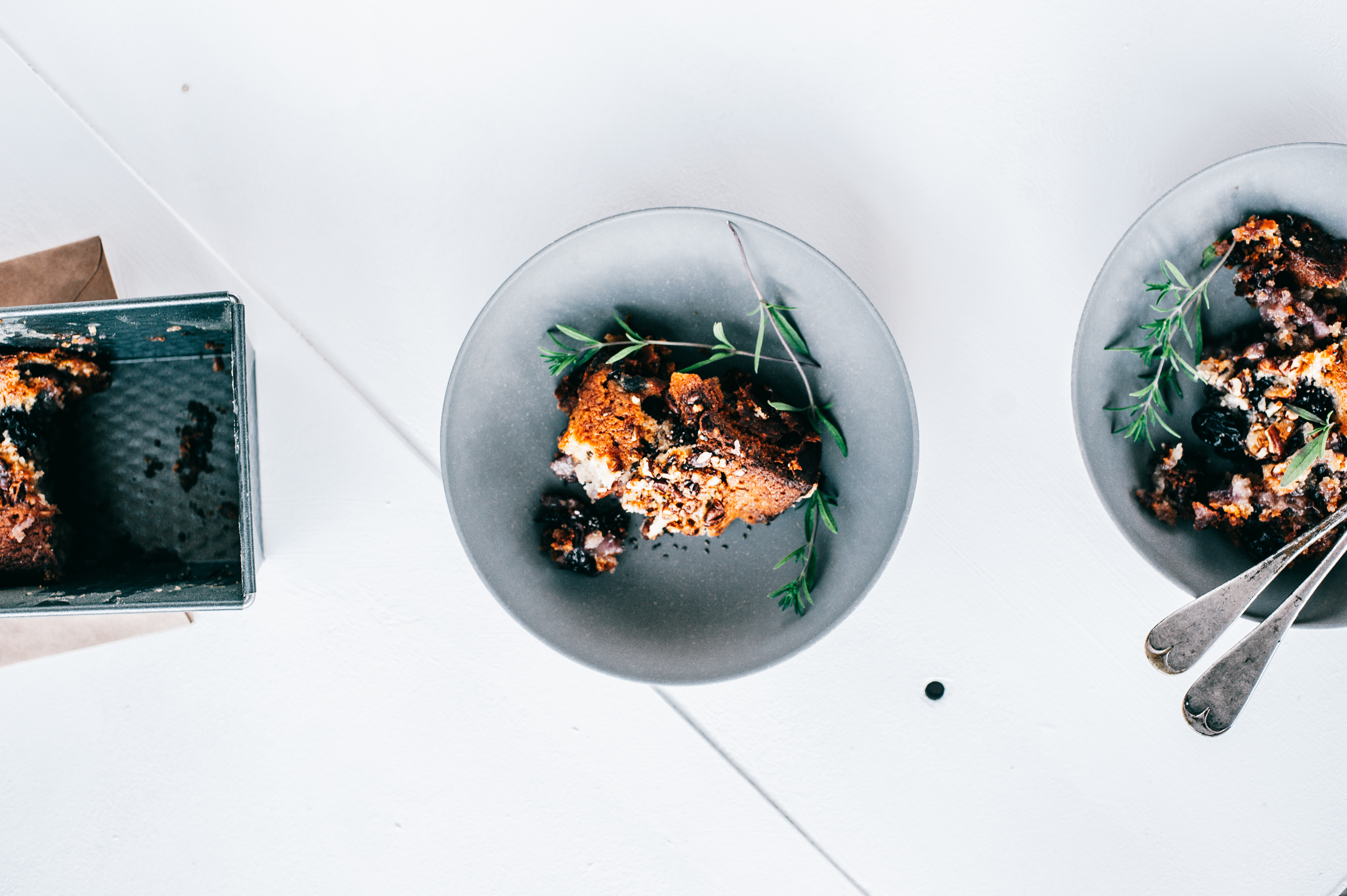 You can get into your rich place. However, it is important to note that this is not something that happens overnight. it’s a process. Never try to take shortcuts. The good news is that there are safe steps you can take to get to your place of wealth. They are described as follows:

1. Know and understand that there is a rich place in God

Not all believers know that he or she has a rich place. That’s why some believers don’t bother to work to get rich. They think that having a job is enough. But having just one job can’t make you rich. You also need to do something other than your job. Do business or invest where you can earn money. A paycheck usually meets the necessities of life. But you also have wishes. What about them? You need abundance. If only his needs are met, how can he be a blessing to the nations (to others)?

“I will bless you and make your offspring a great nation. You will become famous and a blessing to others.

I will bless whoever blesses you, but I will curse whoever curses you. All the inhabitants of the earth will be wounded because of you.” (Genesis 12:2-4).

Abraham was promised a blessing and to become great if he obeyed. Guess what? He obeyed and was blessed to be a blessing. So you will be hurt if you only obey. Someone might say, “Ah! This was said to Abraham and to his offspring, that is, to his seed.” Just look at the following script:

“So if you belong to Christ, you are now part of Abraham’s family, and you will be given what God has promised.” (Galatians 3:29 – Contemporary English Version). Other versions say that we are the seed of Abraham. I hope you know the song, “The blessings of Abraham are mine.” We used to sing that song but I don’t listen to it much today. So we’re saying you’re hurt.

If you’ve been praying and confessing but you’re still broke, reread the Word and see what God is saying about money matters. There is a rich place. We read in Psalm 105:37, “He [the Lord] he also brought them out with silver and gold, and there was not a single weakling among their tribes.” Do you see the GREAT God we serve? He doesn’t want us to leave empty handed. He is a God of abundance. remember the Father who had two sons (parable of the prodigal son). In Luke 15: 11-12, it is recorded: “And the youngest of them said to his father: Father, give me my share of the goods. And he divided his life among them.” A good father has a portion for each of his children. As children of God, our Father has a portion for each of us. He finds your place rich. It is your portion.

You may be wondering, “What is the rich place?” This is a place of more than enough. Here are other lands:

Land of “Not Enough”

We have our excuses to live on this earth. Excuses like, “Brother, not everyone is supposed to be rich. So I’m fine the way I am. I’m fine.” Others say, “I don’t love my sister very much. I love the Lord. I pray and read the Bible. I’m satisfied with what I have.” But you see, these are all religious excuses. There is abundance. Most of us know this land. Many passed through it. It is a land of struggle in life.

Then your heart will be lifted up, and you will forget the LORD your God, who brought you out of THE LAND OF EGYPT, out of THE HOUSE OF BONDAGE. (Deuteronomy 8:14).

It’s time to leave this earth in Jesus’ Name. It does not glorify God in any way.

The land of ‘enough’

“And you shall remember all the way the LORD your God has led you these forty years in the wilderness, to afflict you and test you, to know what was in your heart, whether or not you would keep his commandment.

And he humbled you, and made you starve, and sustained you with manna, which you did not know, nor did your fathers know; to let you know that man does not live by bread alone, but by every word that proceeds from the mouth of the Lord man will live” (Deuteronomy 8:2, 3).

During the desert experience, the Israelites were allowed to have “enough.” God fed them with manna for each day. They were not allowed to gather more. Some tried and the manna rotted and wormy. They were still on their way to their “rich place.”

Through the stages of our path to the rich place, there is a learning process. In the land of “not enough” you learn to depend on God for your needs (deliverance). Then, in the land of “fair”, you learn that God can move you from one level to another. You need to demonstrate more trust in God. Also, you learn to be trustworthy. God must trust you to be the guardian of his wealth. Some tests are done. You must show yourself faithful in the little so that much is given to you.

The land of ‘more than enough’

As children of God, we must all make our way to this earth. The question is: “Why is it important to enter this land, that is, the rich place? This is because once you are on this land, you can help your fellow man. This is part of knowing and keeping your covenant God told Abraham, “…I will bless you…and you will be a blessing” (Genesis 12:2) In other words, God told Abraham, “I will bless you and your family so much that you will have to share your blessings.”

3. Be willing to meet obstacles and giants

If you are willing to face obstacles and giants, resist them using the Word of God. Many believers are not even willing to enter their rich place. They’re not even thinking about it. You know why? It is because there are giants. Have you noticed how difficult and challenging it is to get more money? The reason is that there are giants in the rich place. There has to be some struggle and perseverance to get in there.

“And them [the twelve spies] I told [Moses], and said: We came to the land to which you sent us, and indeed milk and honey flow; and this is the fruit of it.

However, the people who live in the land are strong, and the cities are walled, and very large; and furthermore we saw the sons of Anak there.” (Numbers 13:27, 28).

No son of God that this was his rich place. God had given it to him. They were supposed to go and take it with God’s support. This is how some of us believers react to God’s promises. We have heard the promises given. But due to obstacles and challenges, we end up not willing to move forward. We decided to settle for less. In fact, there will be resistance. God wants to see us move forward and then He will support us. He believes in the Word and do it in the Name of Jesus.

Have a good attitude towards the Word of God. Be willing to obey. Look at the attitude of a believer who trusts in God:

In Numbers 13:30, Caleb said, “…Let us go up immediately and possess her, for we are quite capable of overcoming her.” Does it mean that this believer did not see the giants? He saw them. But he saw God greater than the giants. Now, who is magnified in your life? Is it God (His Word of him) or the giants? There is a rich place to be possessed. The other spies saw themselves as grasshoppers in the eyes of the giants, except for Joshua and Caleb. Guess what happened? Of the generation that came out of Egypt, only Joshua and Caleb entered the “place of wealth.” Why? He believed and acted on the Word of God. Do you believe in the Word? Are you going to act accordingly?

To get into your rich place, you need to cooperate with God. Have a fine spirit like Joshua and Caleb. The reason why those who died in the desert without entering the place of plenty is that they did not have the capacity to receive the rich land. Don’t die in the desert. The place of “enough” or place of “not enough”.

One way or another, if you’re going to receive what God has for you in life, you’re going to have to be willing to step forward in faith out of the mess you’re in, toward God’s promise. When you do, God will meet you there. If his faith is really in God and his Word, his faith will not be denied, not now, not ever!

“If you are willing and obedient, you will eat of the good of the land” (Isaiah 1:19). Let God magnify you by the power of His Word and Spirit.

If there is anything that can prevent the full manifestation of God in our lives, it is our unbelief. Otherwise, God is more than willing to take us to our place of wealth. He works in our lives as we believe and allow him. He can’t force his way.

You are the only one who can limit God. Once you’ve removed the limits, adjust your vision. God once told Abraham that as far as his eyes could see, that land would be given to him. You can only receive what you can see. Everything is in the word. The question is: “Can you see it with your physical eyes closed?”

Do you remember Elisha serving Gehazi? When the Syrians attacked him, he was afraid, but Elisha told him not to. Why? There were angels all around him. Look at the following:

“And when the servant of the man of God got up early and went out, behold, an army surrounded the city with horses and chariots. And his servant said to him, Alas, my lord! How shall we do?

And he answered: Fear not, because those who be with us are more than they be with them.

And Elisha prayed, and said: Lord, I beg you to open his eyes so that he can see. And Jehovah opened the eyes of the young man; and he saw: and behold the mountain I was full of horses and chariots of fire around Elisha. (2 Kings 6:15-17).

In the Name of Jesus Christ, I pray that your eyes will be opened and you will be able to see all that the Lord has prepared for you.

Blessings in the name of Jesus!